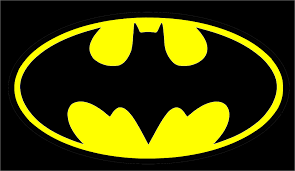 What kind of tester are you?  I think we all know some Superman testers.  You know the kind I mean.  The people that can just get in there and in 30 minutes they have found dozens of bugs and flaws and have totally changed the way everyone thinks of the quality of the system.  They have some kind of innate testing superpower and seem to be able to effortlessly find issues with anything you throw at them.  But what about the rest of us?  What if we don’t have that built in magical testing superpower?  Is there hope for us?

I think we can become Batman testers.  Batman is just an ordinary human.  No genetic mutations or innate superpowers.  Just a normal human who uses tools to extend his powers and become a superhero.  This is the key to becoming a Batman tester: tools.  Batman surrounds himself with tools and he knows how to leverage them to his advantage.  He doesn’t try to replace himself with tools so that he can stay at home and let some robots take care of Gotham.  Instead he enhances himself with his tools and gets out there and gets the job done.  As testers we should do the same thing.  We should be finding and using tools.  Not so that we can replace ourselves, but so that we can enhance our testing powers and turn them into superpowers.  Using the right set of tools in a smart way can transform who you are and what you can do.

It seems that a lot of the talk in our cultures is about how automation is going to displace humans.  People talk about how we won’t need truck drivers any more, or we won’t need testers anymore, but what often gets forgotten in this conversation is that usually the most powerful way to use technology is symbiotically.  If we create a symbiosis between the human and his tools we can leverage the human for the things humans are good at and the tools for the things the tools have been designed for and are good at and together the whole becomes more powerful than either of its parts.  Look for example at human/machine partnerships in chess where a human and  machine working together can be better than either a human or a machine on their own.  Even if we can create automation that is ‘better than’ humans (as for example we did in chess), that doesn’t automatically mean that we should leave humans out altogether.  Maybe by continuing to partner together with our tools we can become superheros.  So find tools that help you where you are weak. Learn how to use them effectively and leverage them to become a testing Batman

4 thoughts on “Becoming a Testing Batman”